Writer Authority: Why Every writer should be a Donald Trump 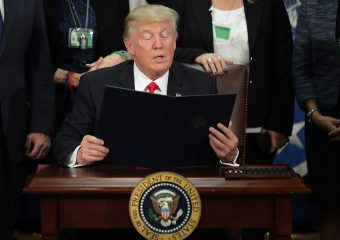 …But every writer is afraid of being vulnerable. Of being laughed at. Of being scorned.

We’re afraid of having people criticize our opinion then paint us as some sick rebels. So we’ll rather keep our mouths shut than scream the opinion in our hearts.

But we still want to be heard anyway. As if one can eat his cake and have it. Can that happen really?

Alright! alright. This is what it is, you can’t eat your cake and have it. You either eat it or you keep it.

Also, you’ll never be satisfied eating half the cake and keeping half so you better eat it all up at once or just keep everything intact till it’s time.

You will hardly make any difference until you’re different. Because a whole lot of writers out there are doing the same thing.

Oh now, let me play the Devil’s advocate a bit!

OK. Now, imagine what would’ve happened if Trump was like Ted Cruz, John Kasich, Ben Carson and other presidential aspirant in the GOP.

Imagine the outcome of the presidential campaigns if the outspoken Estate guru were to play the conventional rhetoric.

I know in your mind I’m already the Devil’s advocate. But let me be honest with you. Rebellion rocks.

In this mad race to the top, in your attempt to build up your authority as a writer you will either stand out or stand down.

So get ready to have your own opinion stand up for it, if you must stand out as a writer.

Until some days back, I’d always felt really scared sharing my story. And even other strong opinion.

If i didn’t have this routine of thoughts, I’ll hardly share any post. Sometimes I’ll even write stuff and then delete it after thinking about what people will say.

See, let me tell you, this wasn’t about being considerate about my audience’s expectations. It was just me being fearful of expressing myself.

My strong religious background wasn’t helping matters. So because of that, I dared not share anything against our widely held beliefs. Never.

I remember sharing one write up about family once. Two of my siblings called to ask where I had the information. It wasn’t funny. Lol.

The next group was those I regarded as senior colleagues. You know those guys you respect a lot who write awesome stuff? That’s the people I mean. They were more of a thorn on my flesh some times.

I mean for eye grabbing headlines, these guys would publish stuff I hated so much. But instead of gathering “balls” to write my own counter opinion or just shut up, I would whine and whine. Hating in secret. Wishing I could change things. Buh I dared not.

So while they be publishing their supposedly crazy posts, I would be moaning in secret. Then the highest I would do is write a half hearted counter opinion which I’d never publish anyway.

On and on, the cycle continued until I finally gathered the balls to publish this post. That is one of my most vulnerable write up so far. I’d never really revealed my own short comings that way before.

Before I published that post, I was so skeptical. So scared so I almost left it in the draft. If not that it was time tagged. But it paid. It earned me one genuine comment on the site. (something I’d been longing) and over 13 comments and shares on the social media. (highest since 2016).

So what are we saying so far?

Bring your humanness, your shortcomings, your weaknesses, your strength into the story.

It makes real people relate to you and your story easily. And it’s kinda inspiring really when readers see themselves in your story. It brings some hope. That they aren’t alone. That they can get there as well.

Make your opinion heard as strong as you can. It differentiates you from the crowd out there.

It can give you a few jibes, scorn and criticism but trust me, it takes courage to have a strong opinion and stand up to own it. I’m sure you remember people follow courageous fellows right.

So next time Trump tells you i will ban all Muslims from entering US, next time he tells you he’ll fight Wall Street journal, next time he talks about being big down there, you should know he’s not silly. He just knows how to be a Donald Trump.

If you’d ask me anything about building writer’s authority; I’d tell you, go take a course on being GOP’s Donald Trump.

Every writer should be a Trump. Be a Trump. Speak your mind. Let your voice be heard. Trust me, the critics will  be the one announcing you.

Send us a message