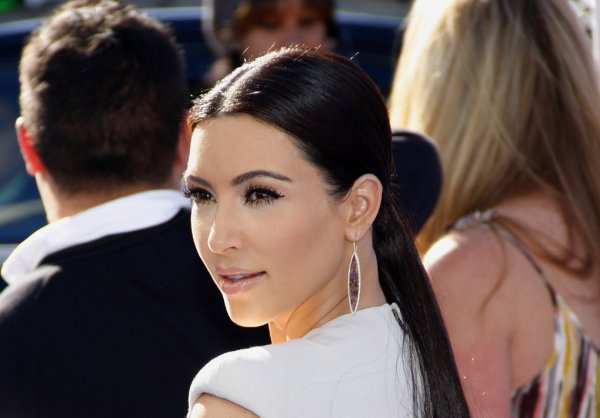 I’m sure you already know the Kardashians are not some popular digital entrepreneurs, in the real sense of it. They are popular for showbiz.

And they are celebrities.

I believe for this reason, you’re probably wondering why I didn’t use a more appropriate heading like 11 things to learn from Gary Vaynerchuk, how to write like a Seth Godin, or how to grow your blog like Jon Morrow.

Because these guys are more like the real every day digital entrepreneur. And you can actually learn a lot from them.

Well, I’m not writing about all these guys today. I’m sure you’ve read stuff like these about them already. So i won’t bother to write about them today.

Instead, i’m writing about Kimberley Kardashian West. And what every digital entrepreneur like you can learn from her.

Now, before we proceed, i’ll be assuming that for the fact you’re reading this post, you’ve probably come across Kim Kardashian recently. And if this is true, then you probably know a thing or two about her.

If that’s the case, then i believe you’re also aware that just some few years ago, before President Trump, Brexit and the Coronavirus, the Kardashians were making waves and breaking the internet in such an unprecedented manner.

At some point, Kim’s name for instance became so popular that content posted about her brand was said to draw a lot of traffic to blogs.

At some point, her influence on the web dwarfed a lot of other celebrities and public figures, making her a force to reckon with, so much so that a lot of people began asking questions like; how can a digital entrepreneur create a brand as powerful as a Kardashian?

Now, to answer this question in a single sentence, the Kardashian brand did not happen by accident. It was a well thought out strategy that’s been living up to expectations, ever since it was initiated.

And any other brand/entity who’ll understand and utilize this same strategy can create an exceptional result for their brand.

Get yourself out there

Now you’ll agree with me that’s not how most celebrities got started but Kardashian got started like that anyway.

A lot of people might have seen the leaked tape as negative publicity but Kim decided to see it differently. And with this decision, instead of counting her loss, she decided to turn it into gains.

Of course, creating this kind of effect will definitely involve lots of guts and a very thick skin. And you should be willing to be criticized and get talked about.

After the sex tape leaked online, people began to associate Kim with her then boyfriend Ray J. And Ray’s status as a celebrity sort of rubbed off on her.

Now, you might want to ask yourself, what celebrity or product can I actually associate my brand with?

By the way, did you know the celebrated writer Chimamanda Adichie once lived in the same house with the world renown Novelist Chinua Achebe?

Can you link his influence to her early rise to fame as a writer? Well, your guess is as good as mine.

The people you associate with can influence your brand either positively or negatively. Choose your network and get your leverage right.

Get ready to set trends

Set up yourself as a thought leader. Challenge dogmas and age long strategies. Come up with better and stronger arguments.

People criticized her.. Many people condemned her actions. Others felt inspired to do same but at the end of the day, the magazine that published the photo, Paper Magazine’s issue on that day received 15.9million views compared to 25,000 views on ordinary days.

Now you don’t have to go about putting up nude photos of yourself. You know what’s best to put you ahead of the competition in your digital business. Find this and get ahead.

After Kim gathered huge attention from the leaked tape, in 2007, she decided to re-engineer her brand into what she is known for today.

In an interview with Oprah, she admitted that although the leaked tape brought her into fame, she is now more than that.

Away from how she became famous, I’m sure what you’re now used to is the super celebrity Kardashian not the ole girl in a leaked sex tape.

And yes, you too can re-invent your brand. Let me say this with a caveat.

Of course people will want to identify you with the initial incidence (if any) that led to your rise to fame. You can still severe yourself from that initial image if that has ceased to be what you want to be known for.

One thing you need to know is that Kim Kardashian is not just a celebrity. She is an entrepreneur with a renown beauty and fashion brand, raking in millions of dollars.

Decide to see whatever you’re doing online as a serious business and nothing less. Get yourself out of that mindset of writing just for pleasure. Have a concrete Vision, plans and set clear goals for your digital business.

Get comfortable in your skin

You see, Kim is a marketer. She’s in the business of promoting her personal brand, making you love it as much as or even more than she does.

As someone aiming for the top game, You will not only have to love yourself and your work, you have a duty to make others love you and your brand.

Because, You can’t promote what you don’t love. So the first step for you is to step up your self love. Love yourself and what you do so that you easily encourage others to do same.

Be Bold and Daring

Set and surpass your own limits. Go pass what you’ve ever done. It takes guts. But just “one gut” is good enough to get started with.

I always tell people, you need about a little motivation from just one successful stunts to launch out the next bigger one.

While the Kardashians have done lots of ‘weird stunts’ that earned them criticisms, you’ll agree with me many people have also been inspired by them.

At the end of the day, your stunts could be risky. It could get people divided between loving and hating you. It could inspire people.

But at the end of the day, you will be talked about. That’s the objective, to keep people talking about you while you manage the subject of the discussion.

By the way, you will need supreme confidence to pull through this.

Be comfortable as an eccentric

There was a time it was rumored Kim Kardashian got a butt implant.

Of course we didn’t have anyone verify the assumption but it kept her fans hungry to know whether it’s true or not. Because it was just unusual.

You see sometimes it might get difficult to be talked about as a die hard conventional person. Because there’s nothing unusual to keep people talking.

The unconventional people on the other hand give people a lot to talk about because of the unusual and innovative stunts they pull.

If you want to get renown much faster as a digital entrepreneur, work on creating tongue wagging stunts.

Make something unusual out of what you do and connect it back to your brand.

Be open to critics

I must agree this is a very tough one. But being famous means being more in the public domain. And if you’re well known, you’re definitely going to have your actions and activities screened and criticized.

People will talk about you, whether you’re doing something good or not. So you’re going to have to develop a thick skin in advance and get prepared for all sort of criticisms when or if it ever comes.

Go out of your way to tell people what you really think when necessary. For instance, strong opinion is a staple of good publicity.

Be creative with the way you go about promoting your brand. Make headlines on purpose. If you want to condemn a thing, don’t just stop at a post, be dramatic about it.

People may want to see you as crazy, it’s their business. Just be sure your opinion is substantial. And don’t be scared to rock the boat, when you have to.

Team up with other successful people

Kim has partnered with many successful people to launch interesting brands. First, she started a business with Khloe and Kourtney; her other siblings then Keeping up with the Kardashians.

As a result of her partnerships with successful people, she has created a long-term business legacy using her name.

So what about you? You can do the same.

What do you think about launching a website, writing a book or setting up an enterprise with like minds or other celebrities?

You can start right here and launch out to become an exceptional digital brand. Of course you don’t have to be a Kardashian. But you can get your name out there.

So what else have you learned from the Kardashians? Let’s hear you.